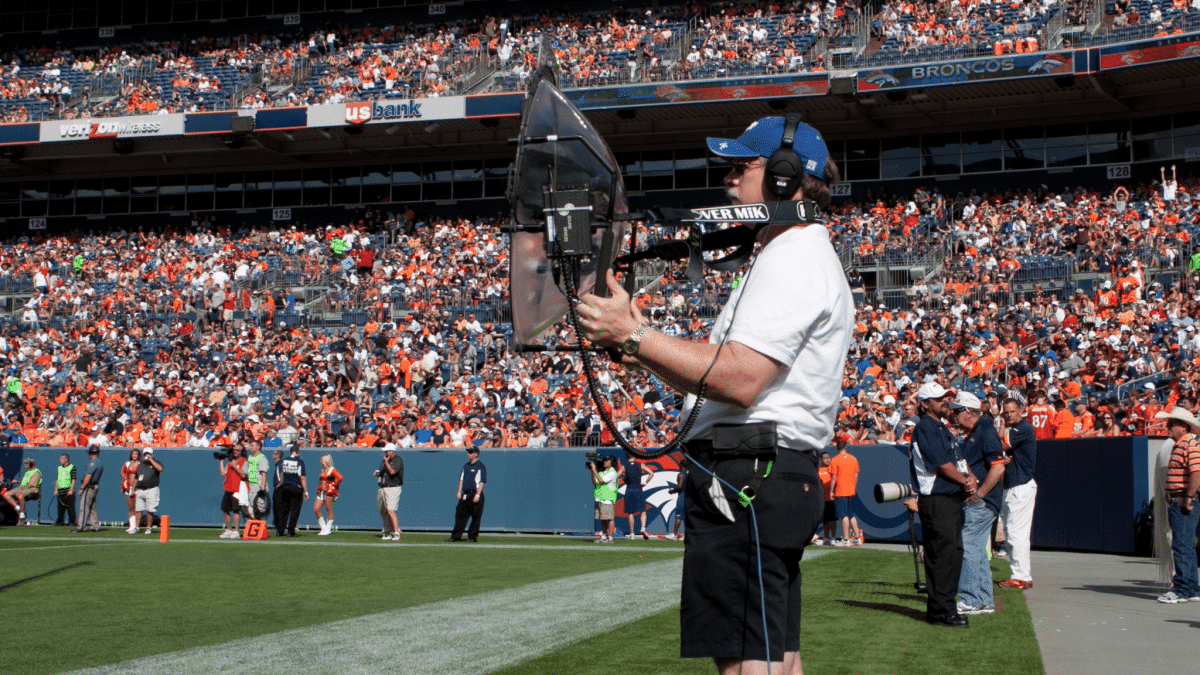 The KLOVER MiK 26 parabolic microphone has a collector dish with a true parabolic shape.  This makes it much more directional (has a tighter pickup pattern) than similar products that you may have used in the past.  This makes pointing, or aiming, the dish at the intended subject much more critical than in the past.

There are two small screws on top of the microphone yoke that can be used to aim the parabolic mic at the subject, like aiming a rifle.   Alternatively, the operator can line up the axis of the microphone with the target subject.

The pickup pattern of the parabolic microphone can be thought of as a cone that extends approximately 15 degrees off the center axis of the dish.  Because of this, we also recommend that the operator aim at the feet of the subject when at a distance to reduce the amount of noise captured from beyond the subject of interest (athlete).  The player will still be within the conical pickup pattern but less of the cone will extend to the crowd on the other side of the field.  Of course, as the subject gets closer, the focus will have to be raised to keep the subject within that cone. 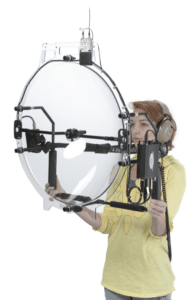 To reduce stress on the operator’s arms, we strongly recommend using the neck strap to help support the parabolic mic instead of holding the weight of the unit entirely with the arms.  This is accomplished by shortening the neck strap until the dish is at the proper vertical angle when the arms are tucked in against the waist and the hands are placed at the bottom of the vertical handle.  The height and angle of the dish are then controlled by the operator moving their hands.

This method requires much less arm strength than holding the parabolic mic using the arms alone.

We have created a video that demonstrates the proper operation of the KLOVER MiK 26.  You can view it here on our YouTube channel.