Klover Products To Compete in “Project Pitch It” 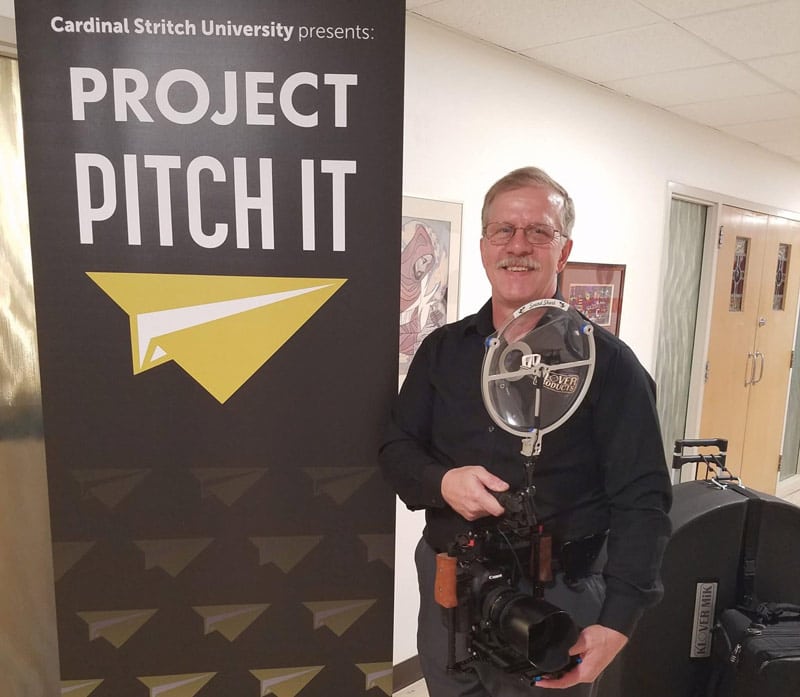 Klover Products’ KLOVER MiK line of parabolic microphones will be featured in an upcoming episode of “Project Pitch It“.   Project Pitch It is a pitch competition for Wisconsin entrepreneurs similar to the popular Shark Tank television show.

As their website says: “Watch Wisconsin entrepreneurs pitch their dynamic ideas to a panel of leading business moguls who question, advise, and challenge the participants to take their ventures to the next level. In each episode three entrepreneurs demonstrate their game-changing innovations and vie for weekly awards valued at a total of $30,000…”

The episode was taped in October of 2018, however, the date that it airs has not been announced.  (Stay tuned for future announcements.)

We were chosen as a alternate for season 2 but did not make it on the show.  They evidently remembered us and invited us back.  Taping the show was nerve-racking but also a lot of fun.  It was exciting to introduce more people to the benefits of parabolic microphones.”

Project Pitch It, sponsored by Cardinal Stritch University and Peggy Ann’s LifeMoves, airs on WISN (Milwaukee) and throughout Wisconsin.

Klover Products pitch was aired in Episode 3 of Project Pitch It’s third season.  A mentoring and support package was awarded at the end of the program.