Why would you use a small parabolic mic, such as the KLOVER MiK 09, instead of a wireless lapel mic?

When faced with the task of recording an interview, most people will turn to a lapel (lavaliere) microphone for capturing the audio. The small microphones are seen every day on television, and they are often used without our seeing them. 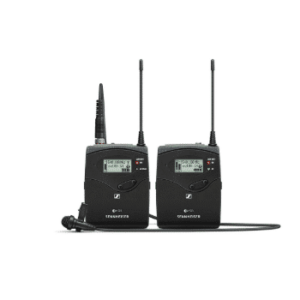 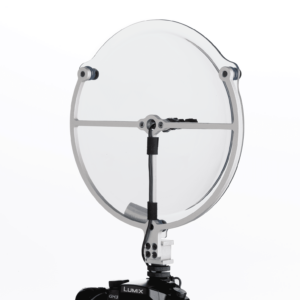 The first issue with lapel microphones is that they can be seen. Sometimes this can be overlooked, at other times they must be hidden. There are numerous tricks to hiding the mics on the speaker. Googling the subject will provide lots of articles on the subject. If a wireless lapel is being used, the transmitter must be hidden as well. You have probably seen the ugly bulges caused by these transmitters while watching your local news program. In nearly all cases, the mic cable will be run inside the speaker’s clothing, so it is not visible. This simple step can lead to some very awkward situations.

The second issue is the noise created when the microphone rubs against the speaker’s clothing or the speaker inadvertently touches the mic. Again, there are lots of tricks to avoid the clothing rubbing the mic, but all take extra time and effort.

Because the small parabolic microphone can be located away from the speaker(s), there is no cloth rubbing against the mic. The speaker(s) can also move freely without worry of accidentally touching the mic.

Lapel microphones are really only good for one speaker. If a couple, such as a wedding couple, is being recorded the speaker wearing the mic will be significantly louder than the speaker that is not. Adjusting the levels can require a lot of extra work in post-production.

Locating the parabolic mic a short distance away allows more than one speaker’s voice to be captured through a single microphone. This lets a conversation between a couple or a small group to be easily captured at very similar levels. Interviews can also be conducted easily, without wiring up the interviewee or having the worry of sharing a microphone. At the same time, the tighter focus of the parabolic mic limits the amount of ambient noise that is captured.

When a speaker wearing a lapel microphone turns their head the audio level drops off dramatically. Once again, adjusting the levels can require a lot of extra work in post-production.

A speaker’s voice transmits nearly as well to the side as it does straight ahead. Consider how well you can hear another speaker that is speaking to someone else and not facing you directly.

Placing the microphone a short distance away from the speaker(s), greatly reduces the drop off in the audio levels when the speaker turns their head. Once again, this can be a great benefit when recording an interview or casual conversation.

No matter how good battery technology gets, there will always be those times when the transmitter battery dies when needed most. The failure may be due to the age of rechargeable battery or due to someone forgetting to charge or replace the batteries. Regardless, the loss of a wireless mic can be serious.

Since the parabolic microphone can be located outside the field of view, a cabled microphone may be used. This eliminates the need for batteries entirely.

Wireless microphones obviously rely on a signal being transmitted from the speaker’s transmitter to a receiver. In many situations, interference can be picked up on that signal. That interference may introduce extraneous noise, such as static, or it may completely overpower the signal with unwanted audio.

I once experienced the car radio from a highway patrolman completely overpower the microphone signals inside a church located near an interstate highway. It generated lots of chuckles until the patrolman passed by.

Once again, the parabolic microphone can be located outside the field of view so a cabled microphone may be used. This will greatly reduce the risk of RF issues such as interference and frequency overlap.