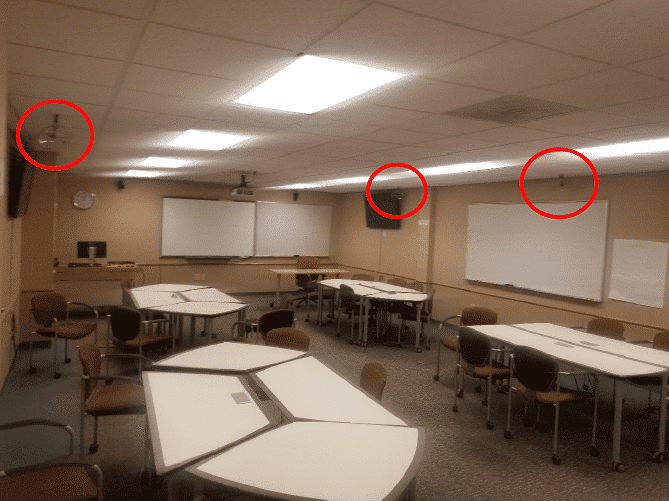 Presenting classes online is becoming more common every year.  Streaming video of the instructor is quite easy, and using a wireless mic provides great audio from the instructor.  In addition, it is rather straight forward to add a second camera to capture video of the students.  The challenge, however, is to capture audio of student questions and interaction.

A series of microphones could be suspended from the ceiling, but a large number of microphones are required as the pickup pattern of each is rather small.  The cost is lower but can still be rather high, and a significant amount of work is required to hang the microphones.

After a long search for ways to capture audience questions, The Teacher Learning Network (TLN) of Abbotsford, Australia discovered the small parabolic microphone from Klover Products.  TLN, which provides professional development courses for teachers, has been using a 9-inch parabolic mic from Klover Products since 2016.  It allows them to successfully capture student questions during their online classes.

While TLN primarily uses a handheld parabolic mic to capture the student questions, it is also possible to hard mount the units in a dedicated classroom.  Klover Products has tested hanging the small (9-inches in diameter) parabolic microphones from the classroom ceiling at a local, private university.  The audio captured with four KLOVER MiK 09 parabolic mics mounted in a 20-foot x 40-foot classroom, shown below, was more than adequate with more than 20 students. 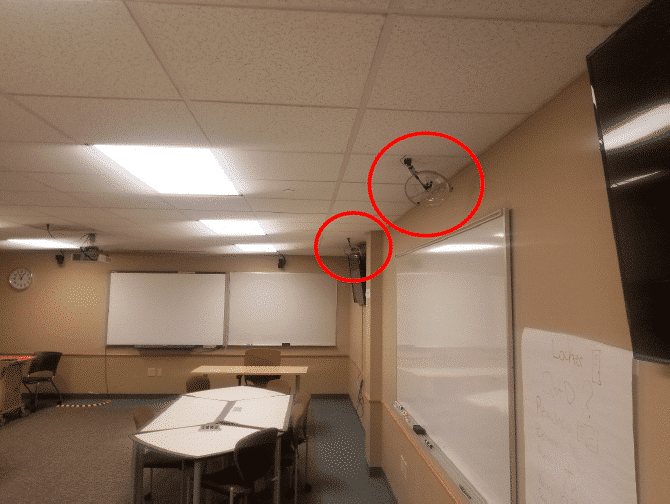 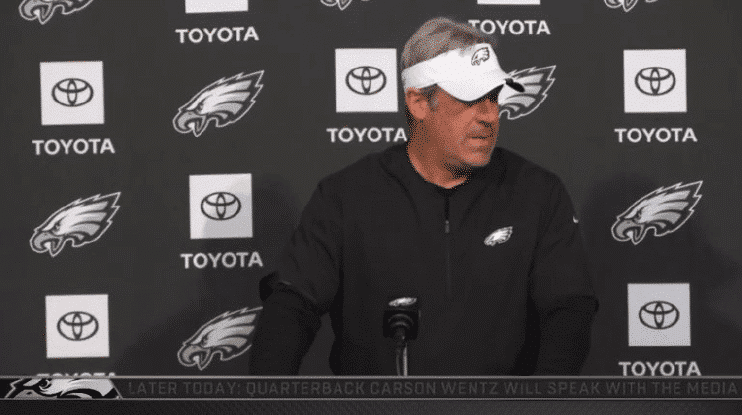 There are two issues to keep in mind when using microphones of any type to capture student comments.  Chatter from the students must be kept to a minimum when the microphones are live.  In addition, when the audio from the classroom microphones is ported to PA speakers in the classroom, feedback will obviously be a very real challenge.

If your institution is having difficulties capturing student / audience comments, parabolic microphones may offer a solution.  Contact Us to discuss the options available for your particular situation.