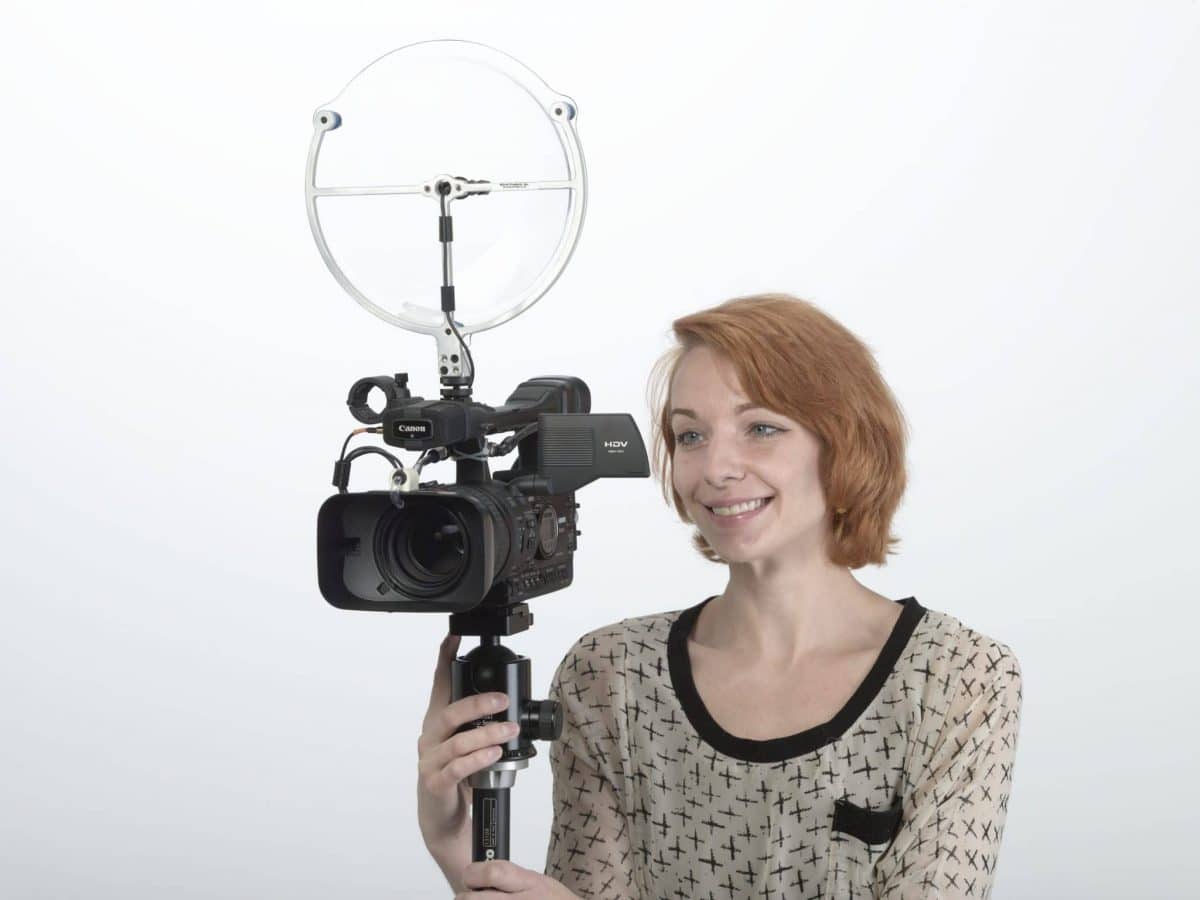 Reporters are faced with a dilemma in the current environment of social distancing.  How can they capture clear audio during an interview while maintaining a safe separation? 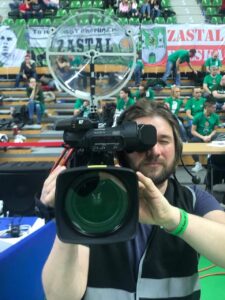 Parabolic microphones, used primarily for sports, may provide a great alternative.  Parabolic microphones provide a mechanical amplification for the sound coming from in front of the dish. This allows a person speaking at a normal level to be recorded from six to ten feet using a parabolic microphone only nine inches in diameter.  The microphone, and reporter, can maintain a safe distance during the interview, reducing the chance of infection. 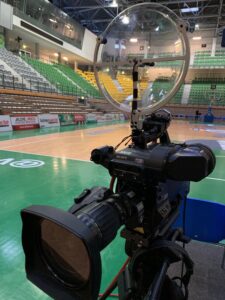 The amplification of the sounds coming from the front of the dish, while the peripheral sound is blocked by the dish itself, provides impressive directionality for the parabolic mic.  This means that the level of ambient noise is greatly reduced so the person of interest can be clearly heard.

Any omni-directional lapel microphone can be used in the KLOVER MiK 9-inch parabolic mic, so it works with any camera with a microphone input.  The base of the parabolic mic’s frame incorporates a ¼-20 thread so it can be used in a multitude of ways.  It can be mounted to the cold shoe of a camera, or to a small pistol grip handle and hand-held.

If required, the small parabolic microphone can be mounted to a light stand, placed on the end of a boom pole or suspended from the ceiling grid in a studio. (Watch sample clips recorded with the KLOVER MiK 09.) 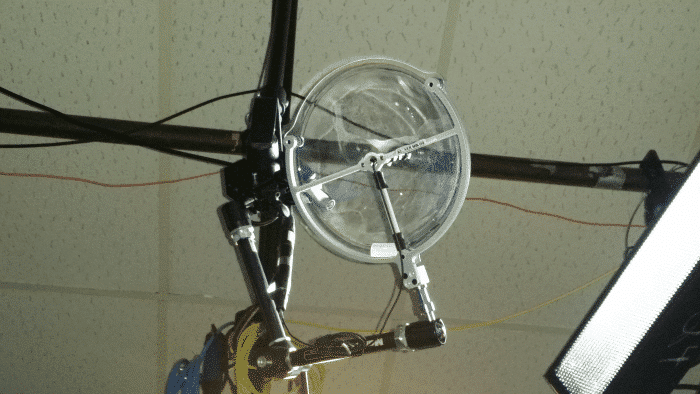 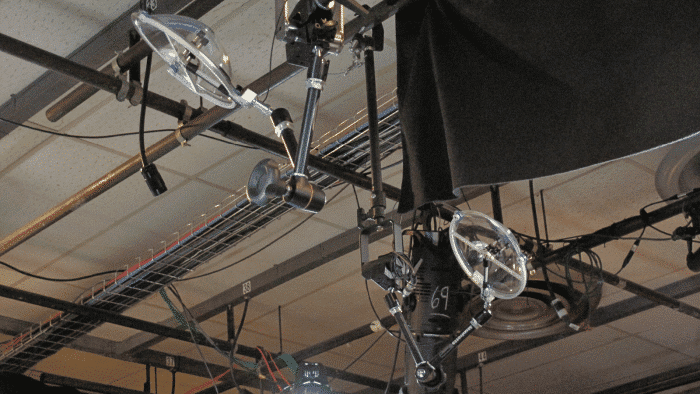 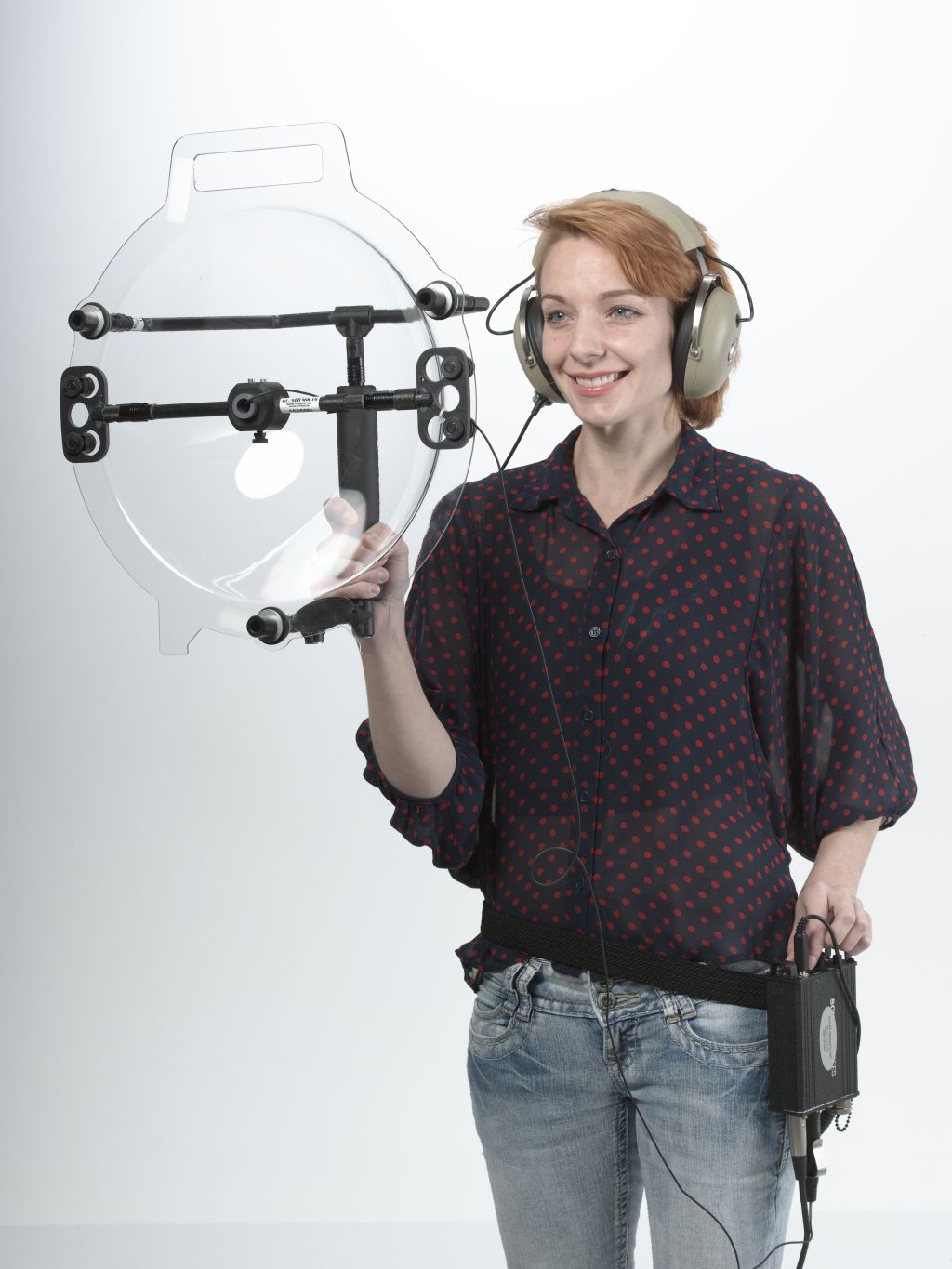 A video comparing the audio captured by the two microphones during a press conference can be viewed here.

The same approach could be used to capture the speaker without touching the podium or the surrounding microphones.